“ An individualised experience leads to an exceptional haircut ”

We would much appreciate if you could please read the following guidelines carefully before your appointment.

Please arrive on time for your appointment. We may require you to wait outside for a short time before your stylist is ready.

You will need to bring and wear face-covering throughout your appointment, team members will be wearing visors.

Sadly we won´t be able to serve any refreshments at this time, your welcome to bring your own drink.

We are unable to take cash payments and will only be accepting card and contactless payments.

We ask that everyone do their absolute best to honour social distancing measures while in the salon.

We will require each guest to sanitise their hands on arrival at the salon. Thank you. 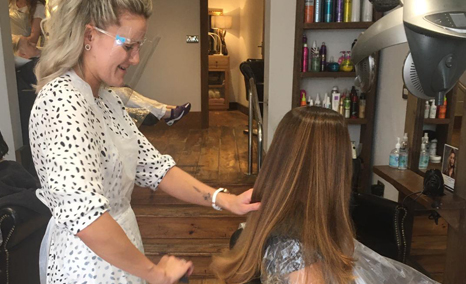 If you or someone in your household is feeling unwell, please get in touch as soon as possible. We will rearrange your appointment. Please don‘t come to the salon as we have full authority to decline your appointment if showing any signs of Covid-19. We would appreciate at least 48-hour notice where possible.

View our price list below and visit us today!

Half Head Foils from*

Roots and Ends Colour from*

Roots and Foils Short Colour from*

Roots and Foils Long Colour from*

Please note: For extra long hair, an additional charge will apply - speak with your stylist.

View our price list below and visit us today! 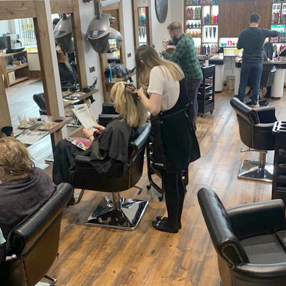 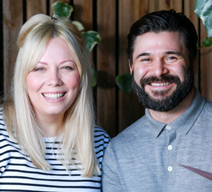 Kursat started his apprenticeship on Turkey's Aegean coast, in the city of Izmir. He was just 13 years old.

It was at the age of 23, he moved to the Isle of Wight and continued his hairdressing career in Cowes. He soon met his wife Hollie, a professionally trained and experienced colour technician.

It was not long before they started their own salon. Kursat and Hollie 'K&H' Hairdressing first opened its doors in 2006, and since then both the business and team have expanded.

Kursat has brought his vast experience and knowledge and inputted that into his team. Each stylist at K&H is on the cutting edge of creativity and versatility, but as importantly, all also have a well-rounded experience to enable them to provide classic stylish styles.

Kursat is proud of his skilled and exceedingly innovative team of stylists which he expertly chose himself.

Both Kursat & Hollie are proud to say that due to our continuing success, they have expanded into their second salon in Cowes. This growing success over the years is greatly due to the feeling that each guest gets as they walk through the door.

We promise that you will be simply thrilled with our service and hospitality.